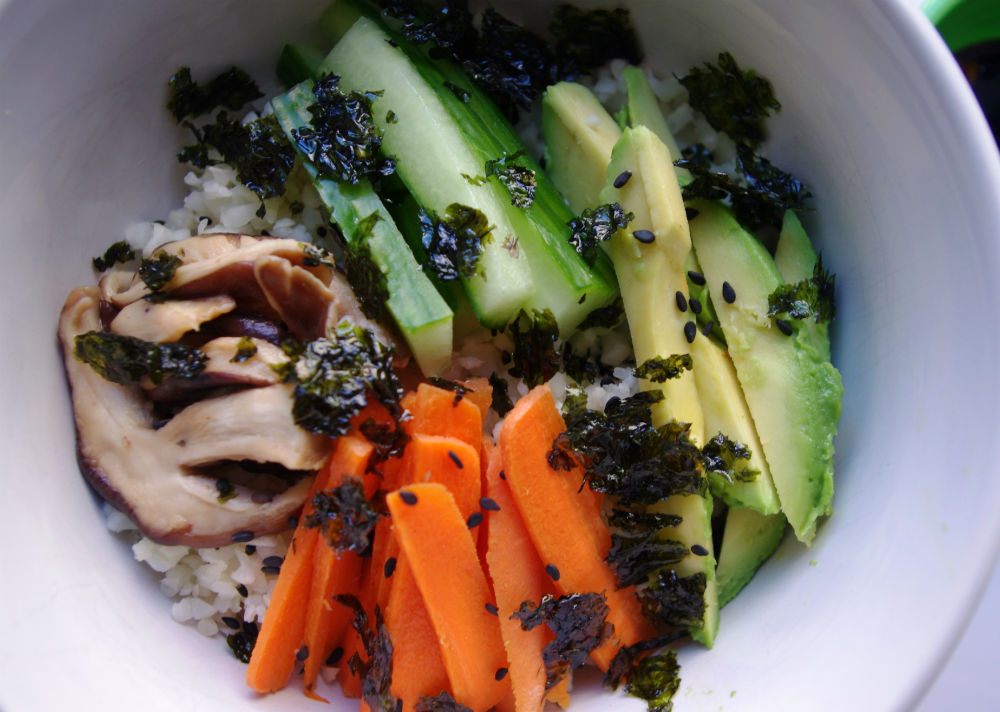 When I switched from vegetarian to pescatarian a few years ago, I was psyched to try the real sushi – not the crunchy veggie-filled kind I’d been dunking in soy sauce my whole life. Let’s just say I was less than impressed by the mushy texture of basic salmon and tuna rolls before me. I probably need to take Sashimi-appreciation lessons so I can be a classy sushi eater (ie. not the kind that spreads on wasabi like cream cheese and lives for the sinus after-burn), but until then, I prefer either veggie rolls or the embarrassingly American creations that involve one or more fried fish ingredient.

So, no surprise that the thought of making real sushi in my apartment – slicing fish and removing silvery skin – is not at the top of my list. I’ve made veggie sushi before, but don’t have my own rollers here in NYC – so I opted for a vegan sushi “bowl”. And, because I had a very indulgent weekend, cauliflower rice subbed for jasmine. This is one of those recipes that can improvised with your favorite toppings. This recipe made four servings.

Rinse the shitake mushrooms, dry lightly with a paper towel, then slice into thin strips. 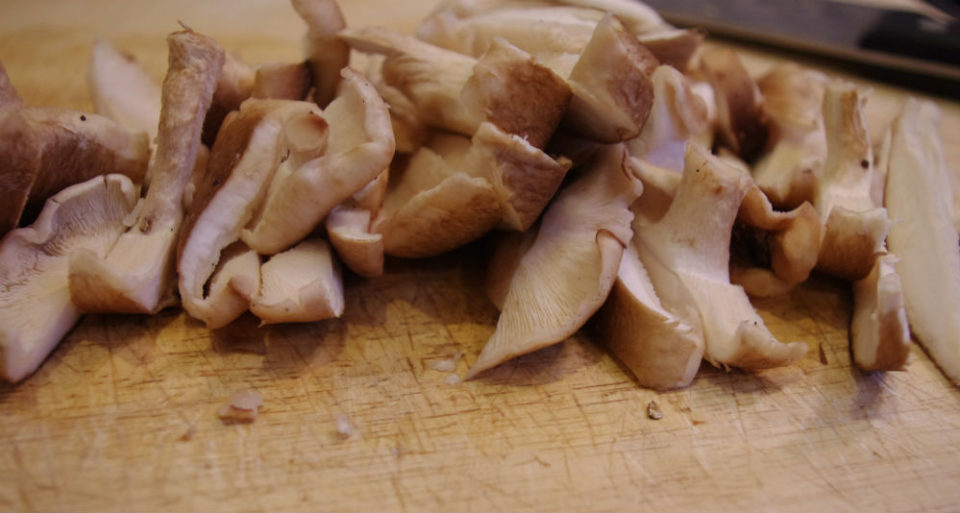 Over medium to low heat, saute the mushrooms with a tablespoon of sesame oil and a few drops of soy sauce. When they’ve softened and shrunk, remove from heat and set aside in a bowl to cool. 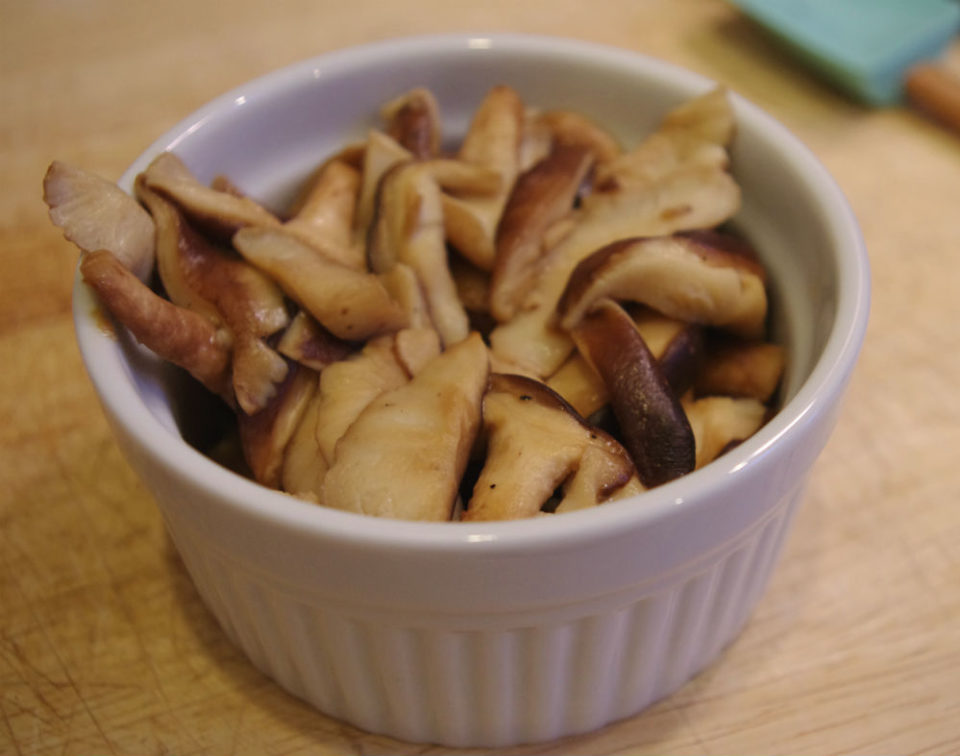 Lightly saute your riced cauliflower for about 6 minutes, until it softens a bit, and cover it to let it steam as it cools. Drain off any excess liquid, and while still warm add in your rice wine vinegar and agave. 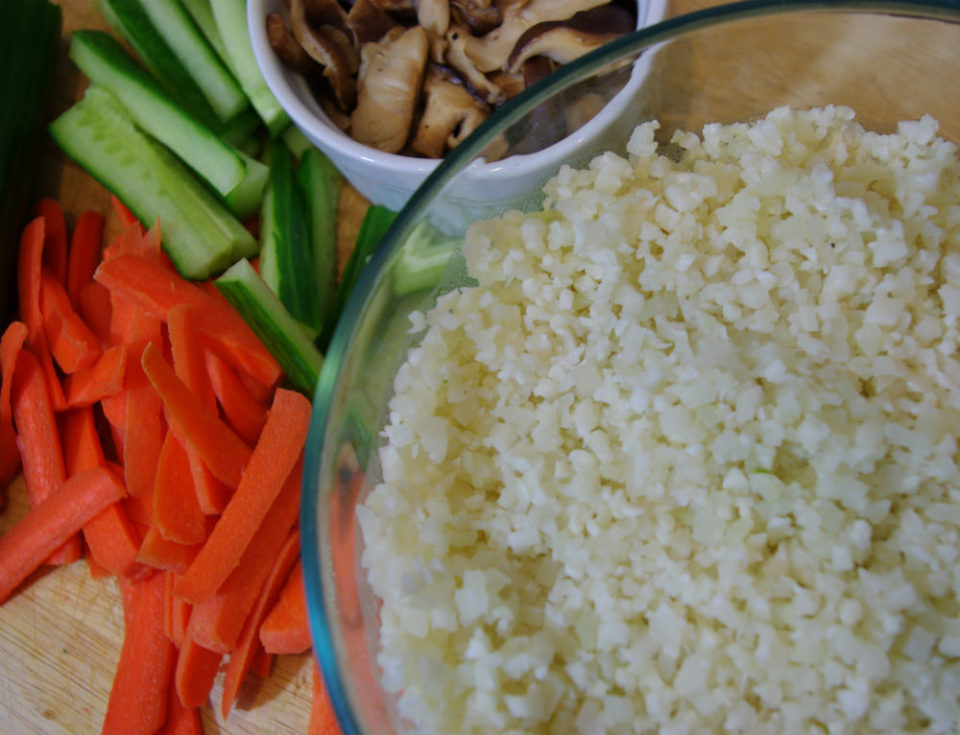 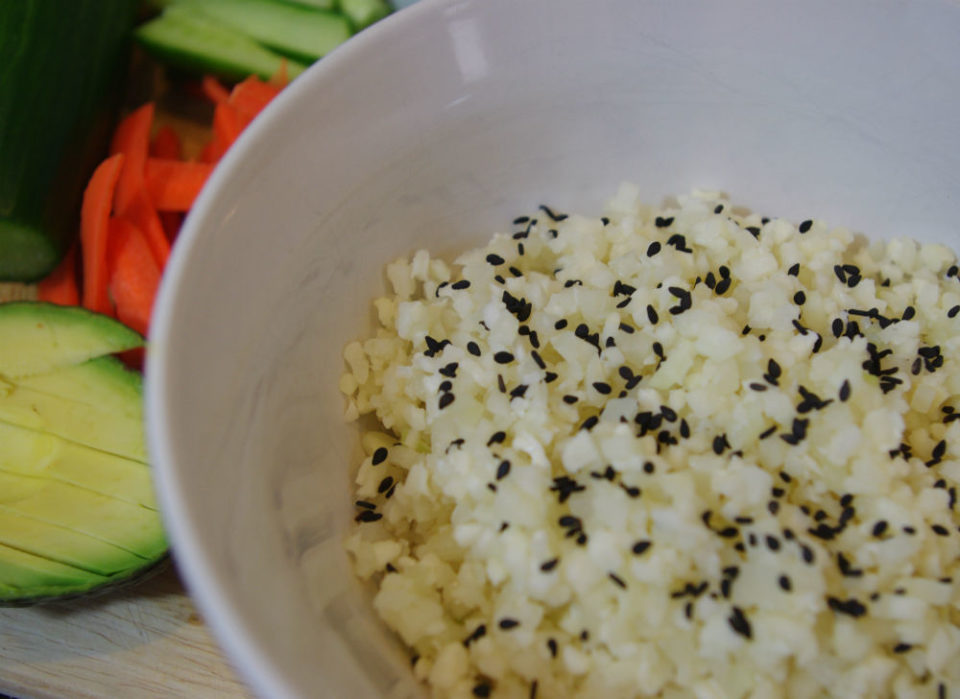 Top with all of your vegetable strips and use your fingers to crumble the seaweed sheets over your bowl – about 3 or 4 sheets per serving.

In a small dish, add the fresh shredded ginger to soy sauce and serve alongside your bowl! 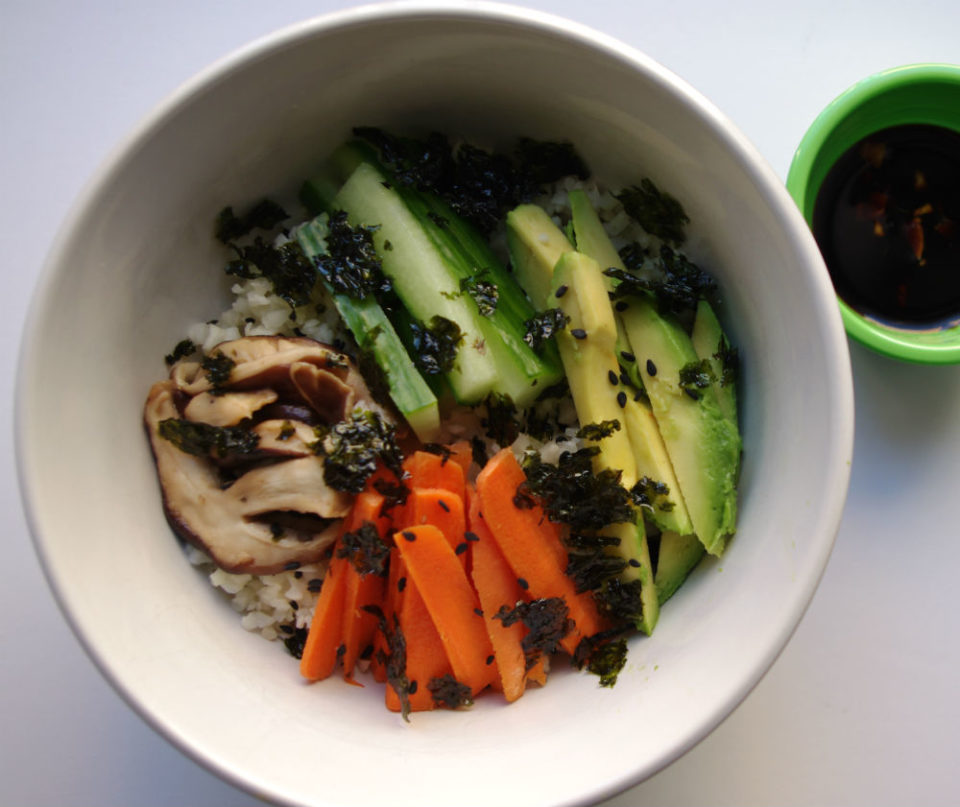 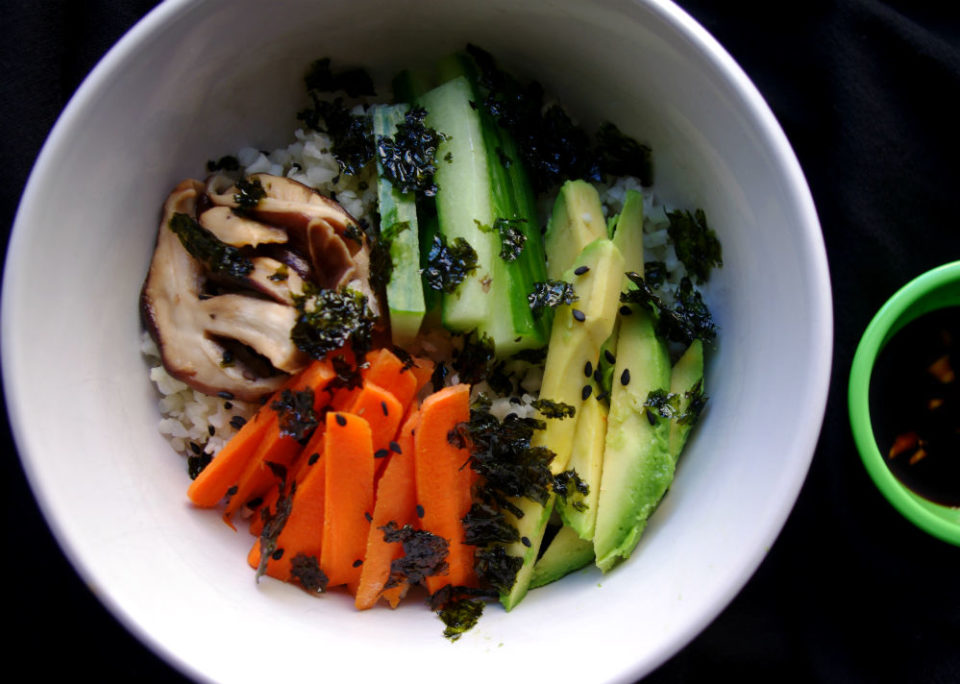 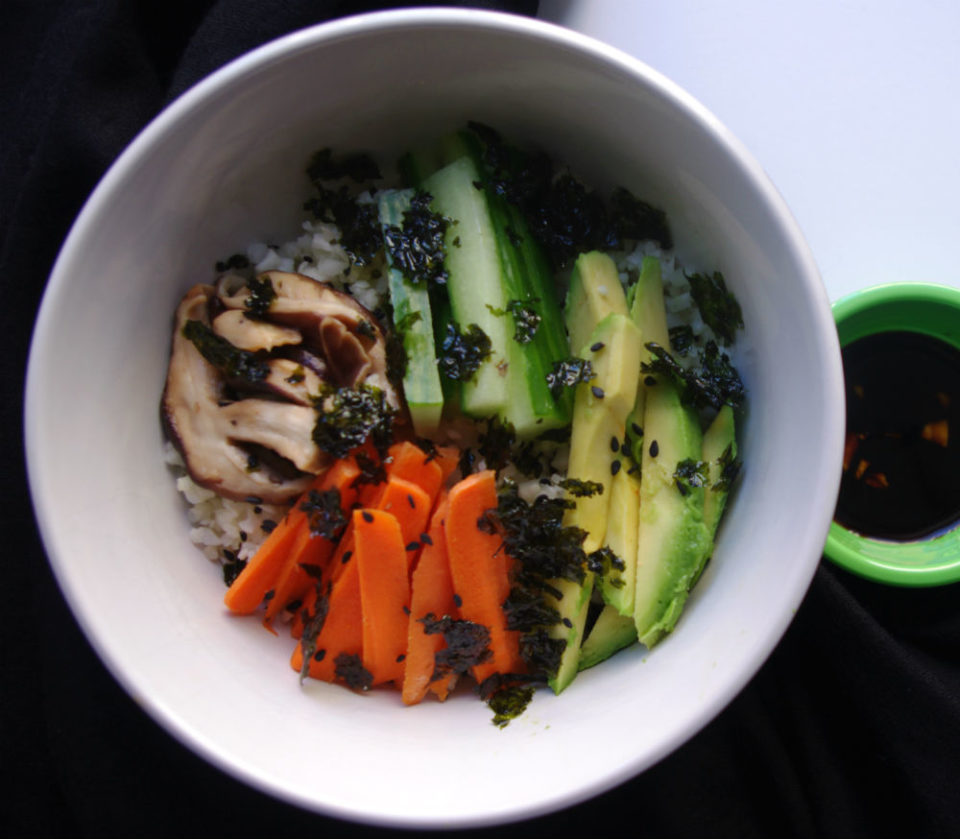 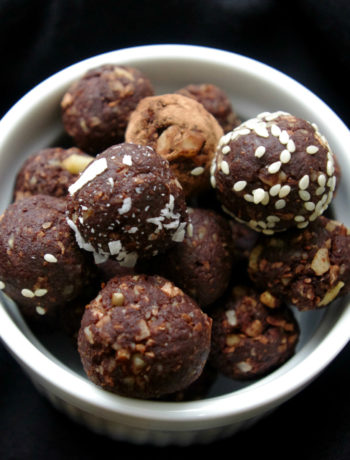 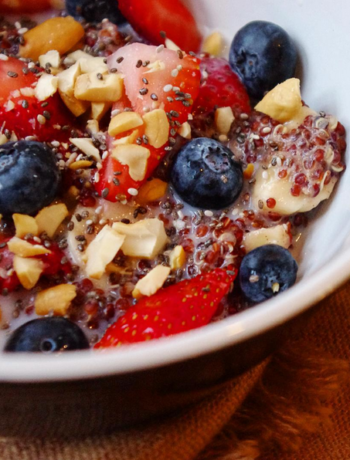 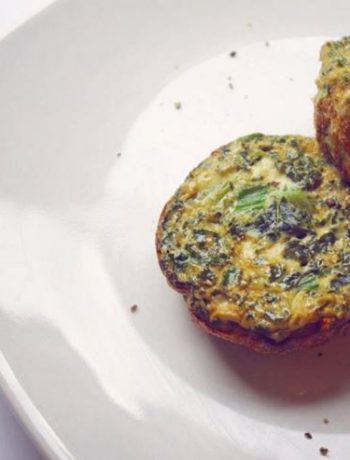