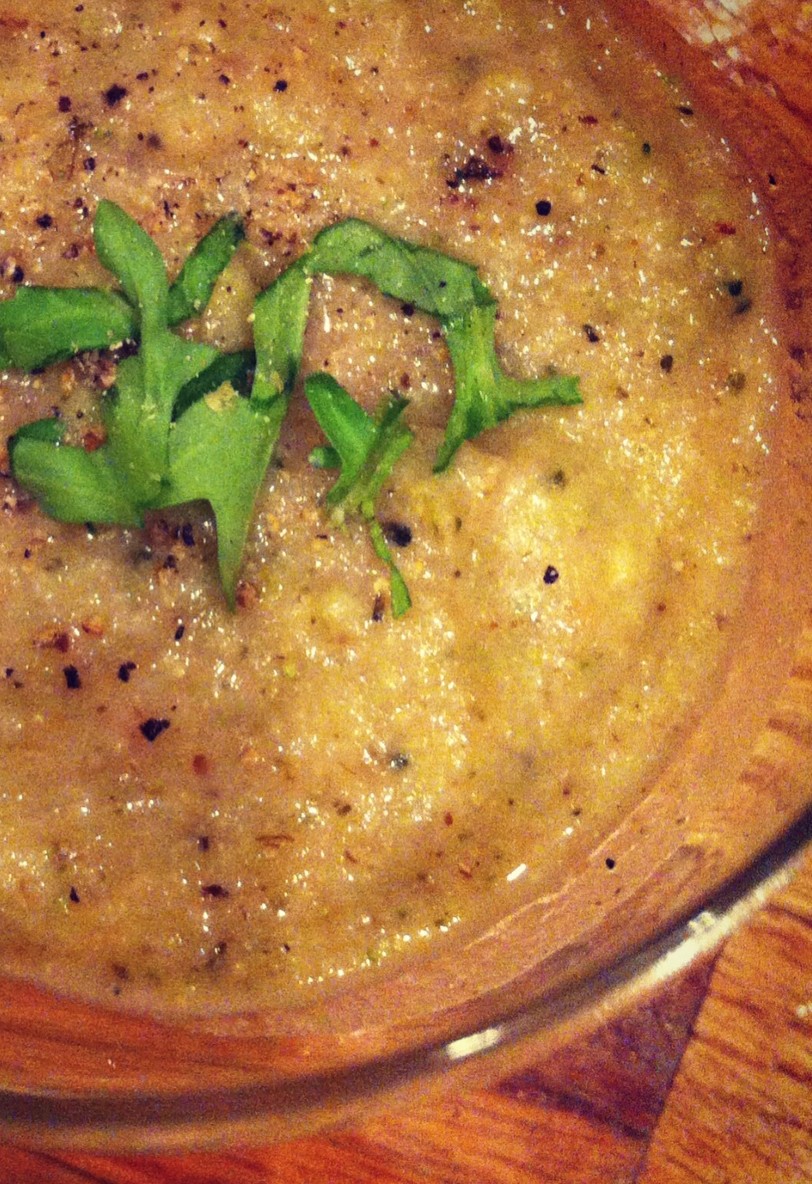 If you have been on Pinterest lately, you may have noticed that cauliflower is making a comeback. From pizza crust to rice, tots to cream sauce, it seems to be taking over the vegan gluten-free scene.

One of my favorite dishes to eat growing up was my mom’s cauliflower bake; she would thinly slice a huge head of cauliflower and roast with olive oil and sea salt. It tasted like popcorn, rich and buttery and full of flavor. So it’s no surprise that the cooking world is embracing the endless possibilities of this veggie. I’m a devotee of cauliflower in all forms (this is actually a dream of mine) but this is my first attempt at a cauliflower soup.

I adapted a recipe from Roasted Root and wound up with an unbelievably tasty vegan and gluten-free soup. For now it’s packed away in my refrigerator (lest I risk consuming the entire bowl) and will be reheated for an appetizer at dinner this Friday. Make this NOW. Seriously. It’s that good.

1 head of cauliflower, cut into florets (Trader Joe’s was out of heads so instead I purchased 2 bags of pre-chopped cauliflower)

3 stalks of broccoli, cut into florets 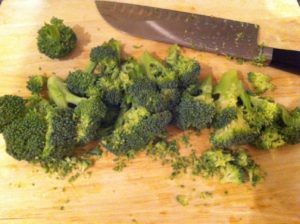 Preheat the over to 400 degrees. Using a large baking sheet, spread cauliflower and broccoli florets evenly. Drizzle with olive oil (about 2 tablespoons) and coat the vegetables in the oil with your hands. Sprinkle with sea salt and black pepper. 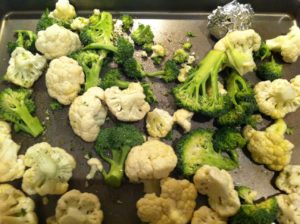 Leave the garlic head as is, skin on, and wrap in foil. Place on the baking sheet with the rest of the veggies. Bake in the oven for 40 minutes. I allowed my florets to brown and crisp and let them sit in the oven an extra 20 minutes with the heat off.

Remove and let cool (and try not to eat all of the florets which, at this point, are basically buttery candies). 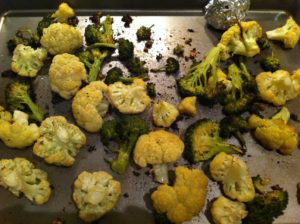 Pour 1/2 a tablespoon of olive oil in a saute pan and turn on medium heat. Add in chopped onions and cook down over medium heat until onions have yellowed (I added in a bit of water and covered the pan to cook the onions faster). 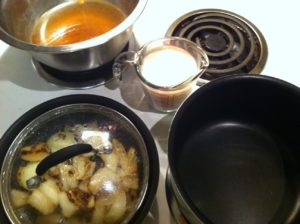 Add broth, almond milk, onions, and roasted cauliflower and broccoli into a large saucepan*. Unwrap the garlic from the foil and squeeze out the meat (it should be gooey). 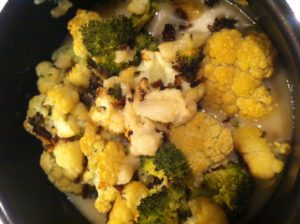 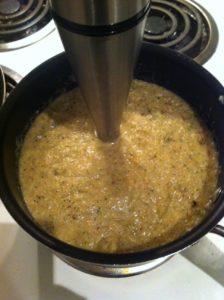 When all of the ingredients have been blended evenly, your soup is ready! I was worried there would be too much liquid but when all of the florets had blended, the liquid was fully absorbed. Feel free to spice it up with extra salt, pepper, or cayenne but I found mine was perfectly flavored. 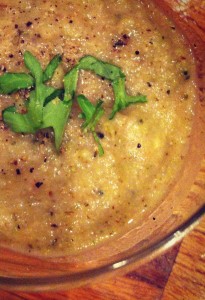 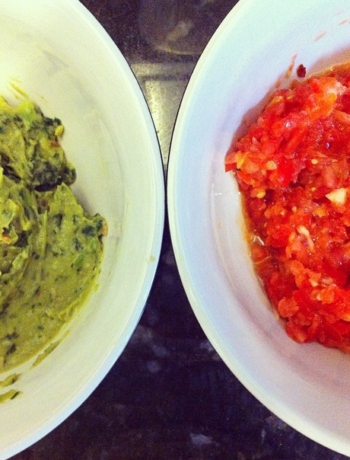 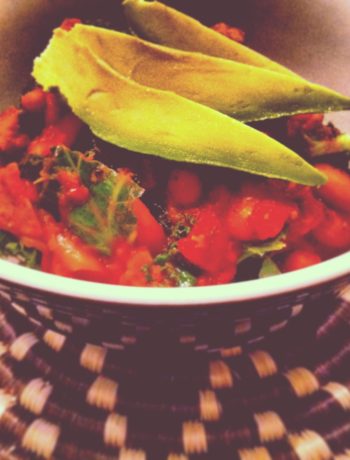 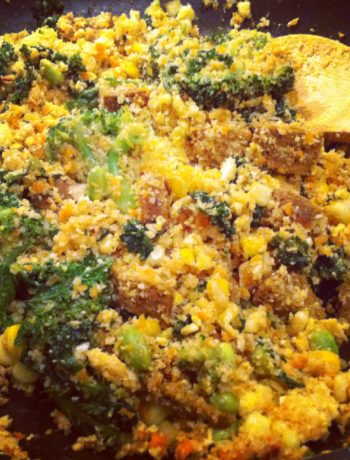